Why do you fly?

If you’re like me, then the answer to this question is usually straightforward

Driving across America sounds romantic until the morning of day 2 when you wake up in a truck stop still strapped in to your seatbelt, with funky hair, an odd taste in your mouth and a craving for pancakes! The nice thing about driving is that if you’re 5mins late leaving, no-one leaves you behind…well, at least not in my family they don’t…and there are options out there where the plane, like the car, waits for you. 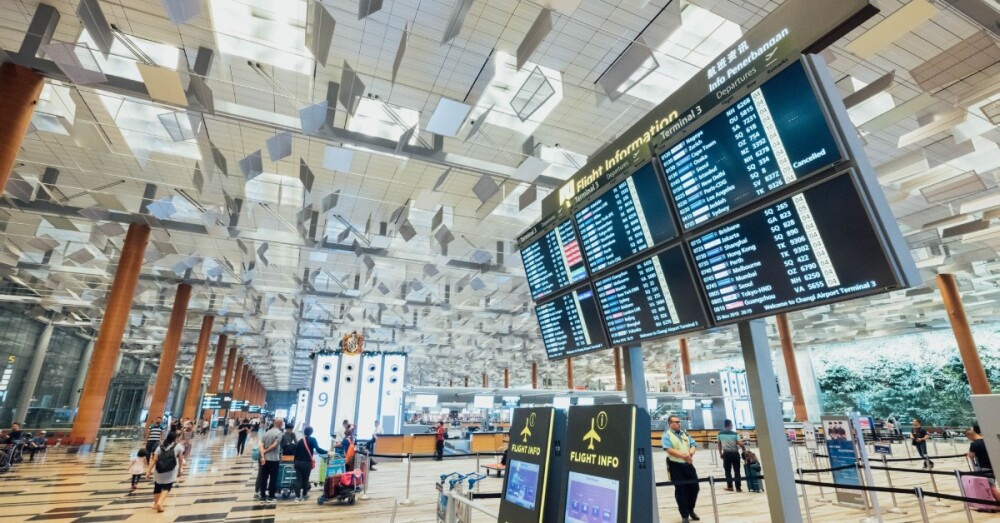 If you are like the way I used to be then it starts with a lot of mental math as I counted backwards from the takeoff time, figuring out how many hours in advance I needed to arrive at the airport, which parking lot I might choose to save $3 a day versus the one closer to the terminal. I would reassure myself that the view from the monorail was worth the savings and all the other people pushed up against me were at least keeping me warm.

However, the last time I flew overseas I just gave Ride in Bliss my flight number and they did the math for me. I was given a time to be outside the office for pickup and they even texted me the name and appearance of my driver and the car’s license plate. They knew which freeways to take to avoid congestion and relaxing in that freshly cleaned vehicle with a cup of coffee made the way I like it…hot…in a cup…1 sugar…was heaven!

Ah check-in, my old friend, you know those new self-serve kiosks are great until you press the wrong button and they start making sounds like a wrong answer on Family Feud! Suddenly all those spaced-out folks in the mile-long security line are looking over at you with keen interest. This is the moment when I realize I have never been to check in school and yet here I am, doing the job for free! Progress!

Have you ever noticed that when you go on a road trip, the last thing you think of doing before you leave is to go shopping for snow globes or dine in a restaurant? Yet, when we fly, these are perfectly normal ways to spend the 45mins before reporting to the departure gate…it’s as if they planned it so the $14 you saved by booking your flight online goes into that sandwich for $17.95 that has only been squeezed and sniffed by 10 people before you.

Major airports are getting better about offering healthier choices but you can still find your fast food staples in there if the kids will accept nothing else. I often wonder what it would be like if I could pick the food before I traveled and it was there when I arrived, un-squeezed and preferably, on a plate. 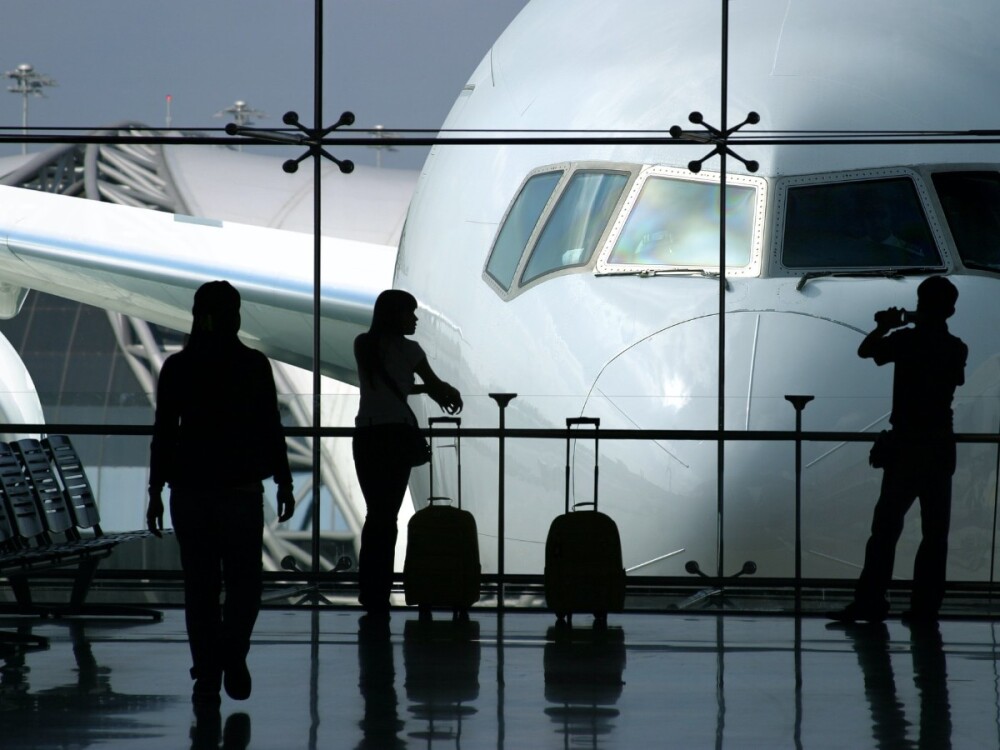 I get it, planes are big vehicles, they need space and so those long corridors to the gates help each of them have their own bit of tarmac…but why is it always the case that my plane is the freshman aircraft that gets shoved right at the end? By the time I get there, I feel like there should be a time clock and a DJ playing music while a crowd of passengers cheers me over the finish line!…but no…instead I have to remember my hunting instincts as I survey the rows of chairs, looking for an empty one not guarded by a bag or between two weirdos and when I finally spot it I am assessing everyone standing to see if they might beat me to it, like the guy with the laptop bag and the platinum miles credit card who looks like he ran track in high school.

Wouldn’t it be nice to have a leather couch to sit on, one that isn’t crowded and in a peaceful setting?

It is simple economics, I know, big plane, lots of seats, some expensive ones at the front offsets the cost of cheaper ones at the back and squeezing lots of us together ensures the loan or lease on the shiny plane gets paid so it is available the next time we fly. Why is it then that I always shuffle down the plane silently praying that someone isn’t in my assigned seat so I have to hold a mini trial in the aisle and show my boarding pass as evidence before the jury of neighboring onlookers so said person finally moves over and we get to share several hours of awkward silence, touching shoulder and keeping score on trips to bathroom.

Do you ever miss those times where you got to walk down the stairs of the aircraft to the tarmac? Maybe you waved at the luggage handlers from the open doorway like a rock star, or saluted the flight attendant at the foot of the stairs while they strained to keep a professional smile going. You just don’t get these things when you exit via that plastic tunnel that clings precariously onto the side of the plane.

Let’s face it, commercial airports are H.U.G.E! The distance from your gate to the start of the runway could be several miles and there are no lap times being set by pilots these days. Oh yes, and that Airbus A380 Jumbo liner in front of you isn’t likely to give way anytime soon so you had better have used the cramped bathrooms back at the departure gate because those seatbelt signs aren’t blinking off until 27,000 feet!

Wouldn’t it be cool if the end of the runway was closer? Imagine getting airborne before the big jets even get through the traffic jam! 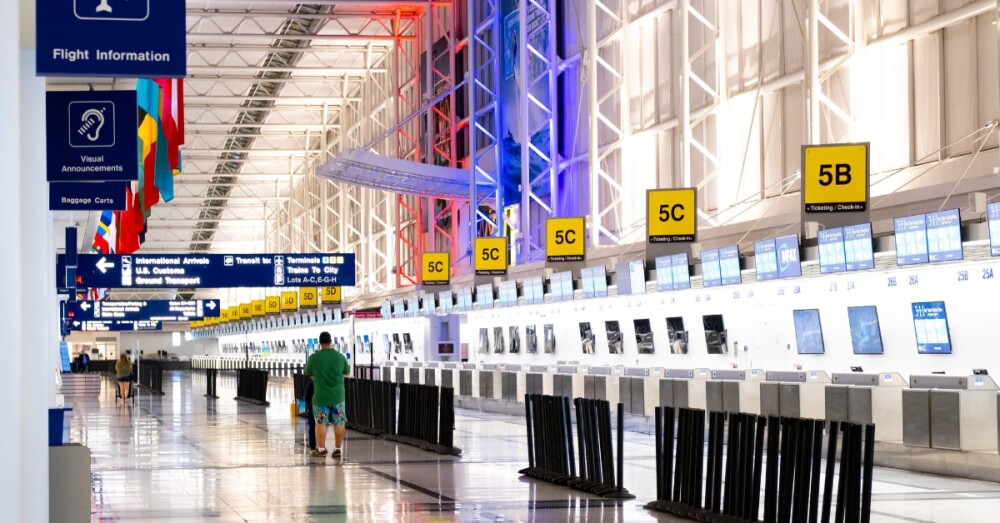 If your destination airport is as big as your departure airport you can expect another long taxi back to the terminal… assuming your gate is free of course. Oh and guess what? Your freshman aircraft has even less status here than at the departure airport and so your gate is in a different time zone to baggage claim! It will soon be time to break out those hiking boots and ski poles for the long trek ahead! That’s right, the baggage handlers may take baggage off the aircraft but you will get to schlep it out through arrivals to the taxi rank and hope there isn’t a line!

On my last flight, my Ride in Bliss driver was parked at the curb waiting for me. He stowed my suitcase as I got comfortable and yet again, a hot cup of coffee was waiting, made just the way I like it. A different driver but he still knew my preferences. Nice touch. I knew it was my driver because Rideinbliss had texted me his name, description, vehicle type, and license plate beforehand. I am a tall, heavy-set male but I imagine if I was a lone female on a business trip in a new city, knowing who my driver was before I got to the curb would be reassuring.

Private Airports: Right For You?

If the graphic below doesn’t drive the point home, one of the biggest benefits of private airports and private aircraft is TIME. I once sat at Luton airport in the UK watching passenger after passenger turn down a £200 ($250) incentive from a low cost airline to take the next flight which was only 2hrs later. With private airports and charter aircraft many parts of the pre-flight process are quicker and some are removed altogether, reducing the time between you showing up and your plane taking off. 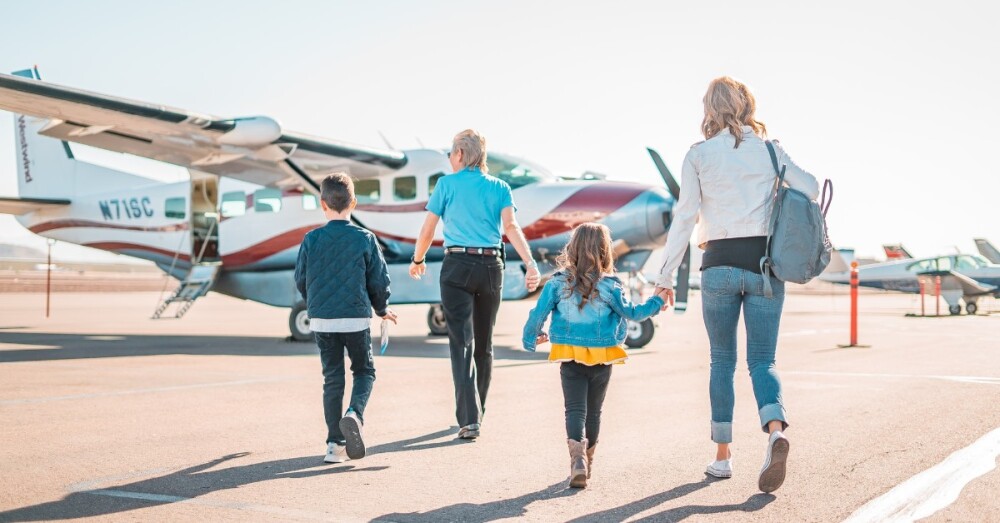 Private airports outnumber Commercial airports by a wide margin and as they support smaller aircraft with fewer needs they can usually be found closer to the place you ultimately want to go. Rideinbliss can transport you to/from just about every private airport within the cities and states they have a presence, which is a list that is steadily growing! Freshly cleaned after every customer, Rideinbliss vehicles and their professional drivers offer a safe, relaxing, cost effective experience for the frequent or occasional traveler.

Private airports typically have 1 or 2 mini terminals called FBO’s that are more like walking into the lobby or lounge of a country club than an airport terminal. Often times your Ride in Bliss vehicle is allowed onto the parking ramp to the steps of your plane so you can transfer your luggage right there. Any parent of young children can testify that quiet moments are short lived so every minute saved is a stress reducer! Because Rideinbliss vehicles in every city we serve come with free fitted car seats this is one less thing you have to think about (or carry!) when you travel.

So here’s the thing, the charter company already knows you are coming, has already background checked you and is pretty certain you’re not going to try and blow up your own plane, so check in is more like signing in at a country club reception and security may consist of a chaperone from the airport staff accompanying you out to your aircraft so you don’t walk into danger.

Erm…nope…unless you mean the Iron Gate that allows access to the garden in some FBOs. 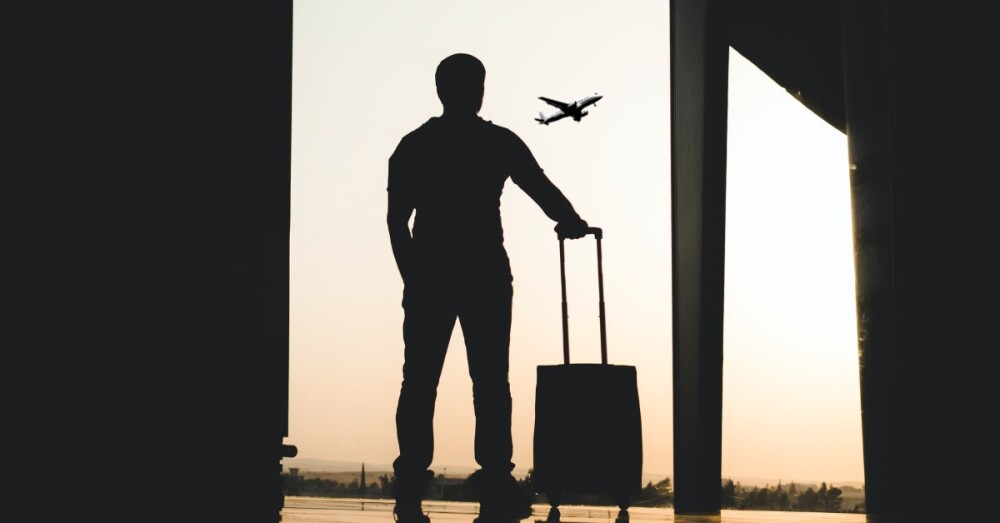 Catering is an option for your family or business partners to enjoy in the FBO before you take off or on the plane. Fresh selections made by local providers and dropped off just in time for your flight…and they won’t be running out of that cool pasta dish you wanted 3 rows before they get to your seat because YOU are the reason the aircraft is here.

In my experience of Private Airports and Private aircraft, boarding was simply opening the door and climbing into the seat behind the controls…however, for those with deeper pockets…a set of stairs may be necessary to help you enter your Citation or Gulfstream jet. And…no worries about someone taking your seat, unless you mean your younger brother or sister!...in which case I would simply pull rank or distract them by pointing out the window at the non-existent puppy you saw running across the tarmac!

Most FBOs are much closer to taxiways and runways than airport terminals and so once you are safely onboard, your aircraft takes just a couple of minutes to get to the runway, confirm their clearance  and whisk you up into the sky and away to new adventures, business deals or home to family.

And when your private aircraft arrives at final destination, expect a short taxi back to the FBO and your Rideinbliss vehicle will be waiting for you at the foot of the aircraft stairs, not several miles away after baggage claim. Your luggage will likely be in the trunk before you have taken your second sip of coffee and your professional driver will have set the temperature and music to your preference minutes before your arrival so everything is reassuringly familiar. And as your vehicle glides out of the airport you might look up and see an airliner still heading for the big airport so spare a thought for the men and women who may not even be through baggage claim when you arrive home. 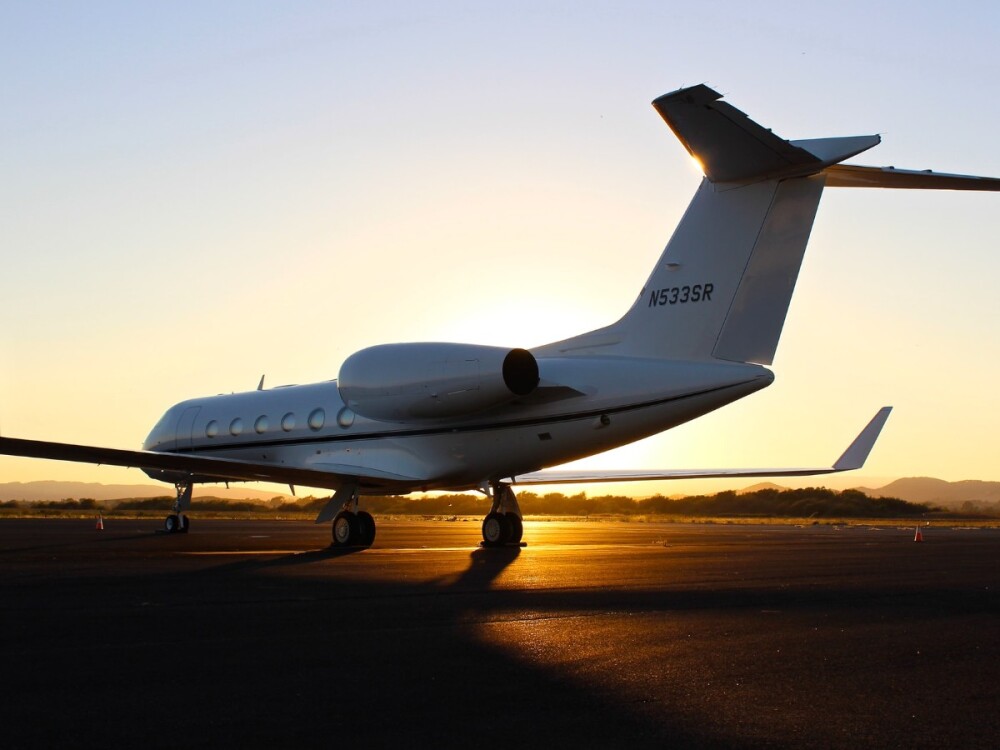 Are private airports more expensive? Not in my experience. Are private aircraft more expensive? Yes, but if you weigh the cost against the time savings and the convenience factor I would say the private aircraft experience is one you won’t soon forget, whether it is a one-off treat or a regular part of your business or personal life. And always remember, you can afford the Rideinbliss experience on a Commercial airport budget just as easily as those who fly privately, so even if the middle of your journey will be commercial, the ride at either end can be…bliss. 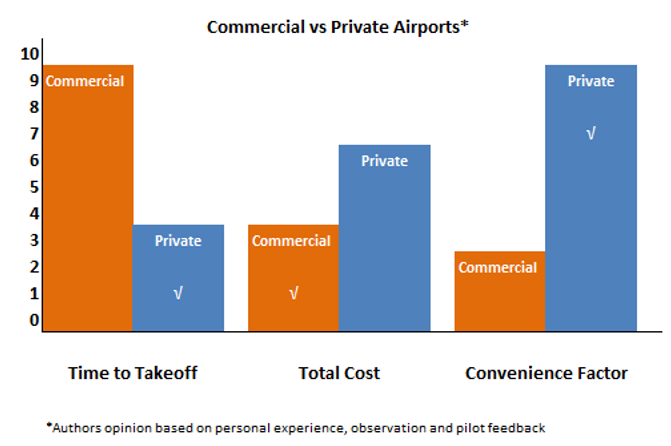 To learn more about Ride in Bliss and how our attention to detail and memory for the things you like create familiar experiences every time you travel, visit us at www.rideinbliss.com or call us at (847) 845-1151.

Make the reservation online with our fast and secure booking system!